by Robert Kennedy
Friedrich Froebel, Maria Montessori, and Rudolf Steiner were trailblazers in early education.
In the 19th and early part of the 20th centuries Friedrich Froebel, Maria Montessori and Rudolf Steiner were trailblazers in early education. Their ideas and philosophies shaped early childhood education as we know it in the 21st century. Who were these people? Why did they feel that early education was so important?
Freidrich Froebel
Freidrich Froebel (1782-1852) invented kindergarten which literally means a child's garden. Froebel wanted children to interact with their surroundings. Interacting with nature was central to his philosophy of education. He believed that interacting with nature would lead children in a closer examination of how things work. Froebel was influenced by the Swiss pedagogue Johann Heinrich Pestalozzi (1746-1827) whose methods and approach to education, in turn, shaped a young Albert Einstein when he attended the local school in Aarau. Today few people with the exception of educators or trivia buffs know who Froebel is even though his influence in early childhood education was profound. 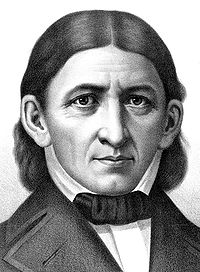 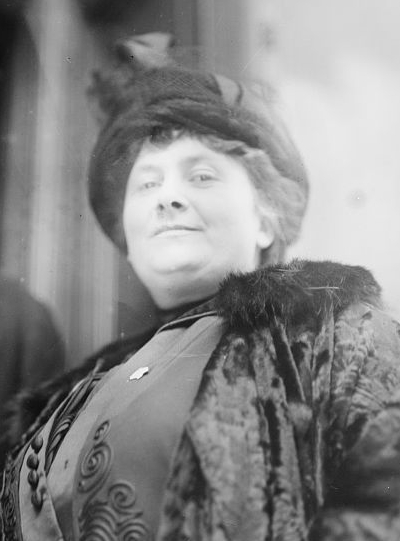 From left to right:  Friedrich Froebel; Dr. Maria Montessori; Rudolf Steiner
One of the features of Froebel's approach to teaching children was the use of gifts. He developed five gifts which were to be given to the child in ascending order. The gifts were designed to teach awareness of shapes, spatial relationships, and many more concepts to even the youngest child.
This video offers an overview of Froebel.
Dr. Maria Montessori
Italian physician and pedagogue Dr. Maria Montessori (1870-1952) dared to take on the enormous challenge of educating poor, inner-city children in the slums of Rome, Italy. She was way ahead of her time in so many respects. She studied engineering and medicine in a time when women were supposed to be home-makers. Dr. Montessori did extensive research on how to teach children who had disabilities or who were mentally handicapped. Her Casa dei Bambini or House of the Children was started in a new housing complex in San Lorenzo, Rome with mentally normal children as its students. Working with the children in her Casa dei Bambini gave Dr. Montessori the opportunity to apply the concepts which she had developed in her research and work with mentally handicapped children to the mentally normal children in her Casa dei Bambini. This is essentially how the Montessori method developed.
Now I had always assumed that Dr. Montessori taught the children herself. Apparently, that was not the case in her first Casa dei Bambini. Dr. Montessori planned the children's lessons and set up the classroom. However, a young assistant did the actual teaching under Dr. Montessori's supervision. Dr. Montessori generally confined herself to making observations about how the children learned, what activities interested them and their progress over time.
Word of Dr. Montessori's work and her success with teaching children from economically disadvantaged circumstances spread. She held her first teacher training course in 1909 and wrote a book in which she codified her observations of the children in that first Casa dei Bambini. The book has a rather formidable title: Il Metodo della Pedagogia Scientifica Applicato All'Educazione Infantile Nelle Case Dei Bambini. In 1914 Il Metodo was translated into English, among other languages, and became a best seller in the United States.
Montessori schools spread around the globe. Montessori societies were established in many countries including the United States. Indeed Montessori schools are Dr. Montessori's lasting monument. Ironically though not every school which bears the Montessori name is the genuine article. It seems that Dr. Montessori never trademarked or otherwise protected her educational name and methods. As a result, a school which has Montessori in its name could be a school which adheres faithfully to the practices and teachings of Dr. Montessori or it could be a school which has merely adopted some of those practices and approaches which appeal to the school's management. Buyer beware.
This video offers an overview of Maria Montessori and her educational philosophy.
Rudolf Steiner
Austrian philosopher and teacher Rudolf Steiner (1861-1925) was a humanist who created a philosophy named anthroposophy that very few people have even heard of. He was a prolific writer with over 300 books on a variety of subjects. He was influential in founding movements which promoted everything from biodynamic agriculture to persons with disabilities. In many ways, his most visible and lasting contribution was the founding of schools which bore his name. The first Steiner school was founded at the Waldorf-Astoria cigarette factory in Stuttgart, Germany in 1922. There are now approximately 1,000 Waldorf schools worldwide.
This video describes Steiner or Waldorf education.
Educators with a common purpose
What did these educators have in common? They believed that children deserved to be children. They believed that children should have fun learning. The Froebel gifts are all about childish fun and play. At the root of these wholesome activities is a basic child-rearing concept: encourage a child's creativity, stimulate his imagination and allow him to explore.
Long before Fisher-Price toys appeared on the market, Maria Montessori used natural wooden toys to teach shapes and geometric concepts. Steiner kept academics out of the early childhood education experience preferring instead to have children engage in activities appropriate to their tender years. Eurythmy allowed children to express themselves through dance and the performing arts.
In a time and society where many parents fret about the kind of start their children are receiving as they begin school, it is important to realize that basics are important. Let your child progress at his own pace within the warm, cheerful environment of a well-run primary school. Whether the school bases its approach on the teachings of Friedrich Froebel, Dr. Maria Montessori or Rudolf Steiner doesn't matter as much as whether the school creates a safe, nurturing environment in which your child can explore the world around her and develop an awareness of how everything fits together. The hallmark of these three educators was their unanimous belief in allowing children to discover for themselves under the guidance of a caring teacher.
Prekindergarten and kindergarten build on those first years spent under your watchful, loving eye at home. They add socialization and all the enrichment interaction which other children offer in a school setting. Just don't forget to do what Dr. Montessori did, namely, follow the child. The most important thing to watch for in any primary school is whether or not your child is happy. Sadly, early education has a few teachers whose rigidity and inflexibility can create an unhappy child very quickly. You know your child. You know when she is happy. The right teacher and the right school will make for a happy child.

Additional Resources [+]
comments powered by Disqus
Is The IB Program Right For Your Child?
The International Baccalaureate programmes cover the entire K-12 spectrum with three distinct educational curricula. Is the IB programme right for your child? Some answers to your questions here.
How To Control Your Child's Screen Time
We parents want to keep our children safe from anything and everything. That's always our biggest worry. We don't want our children watching inappropriate content or playing violent games on their smart devices, do we? That's the rationale behind controlling our children's screen times. So, here are a couple of tips on making that happen.
Myths About Private School
Second-hand information, myths, sensational news reports, and biased opinions rarely give a true picture of a private school. Find out what private schools are really like for yourself.
Froebel, Montessori and Steiner: Champions of Children
5 Clues That It Might Not Really Be Montessori School
Your Options for Child Care and Preschool
Free Schools
Average Private School Tuition Cost
Paying for Private School: 7 Options
A Survival Guide for Private School - Student's Version
5 Reasons Why You Might Change Schools