The E.E. Ford Foundation: An Inspiration For 21st Century Benefactors

by Robert Kennedy
We take a look at the enormous impact a private foundation can have on education.

Editor's Note: I asked John Gulla, the Executive Director of the E.E. Ford Foundation to answer some questions about the Foundation's work and independent school philanthropy 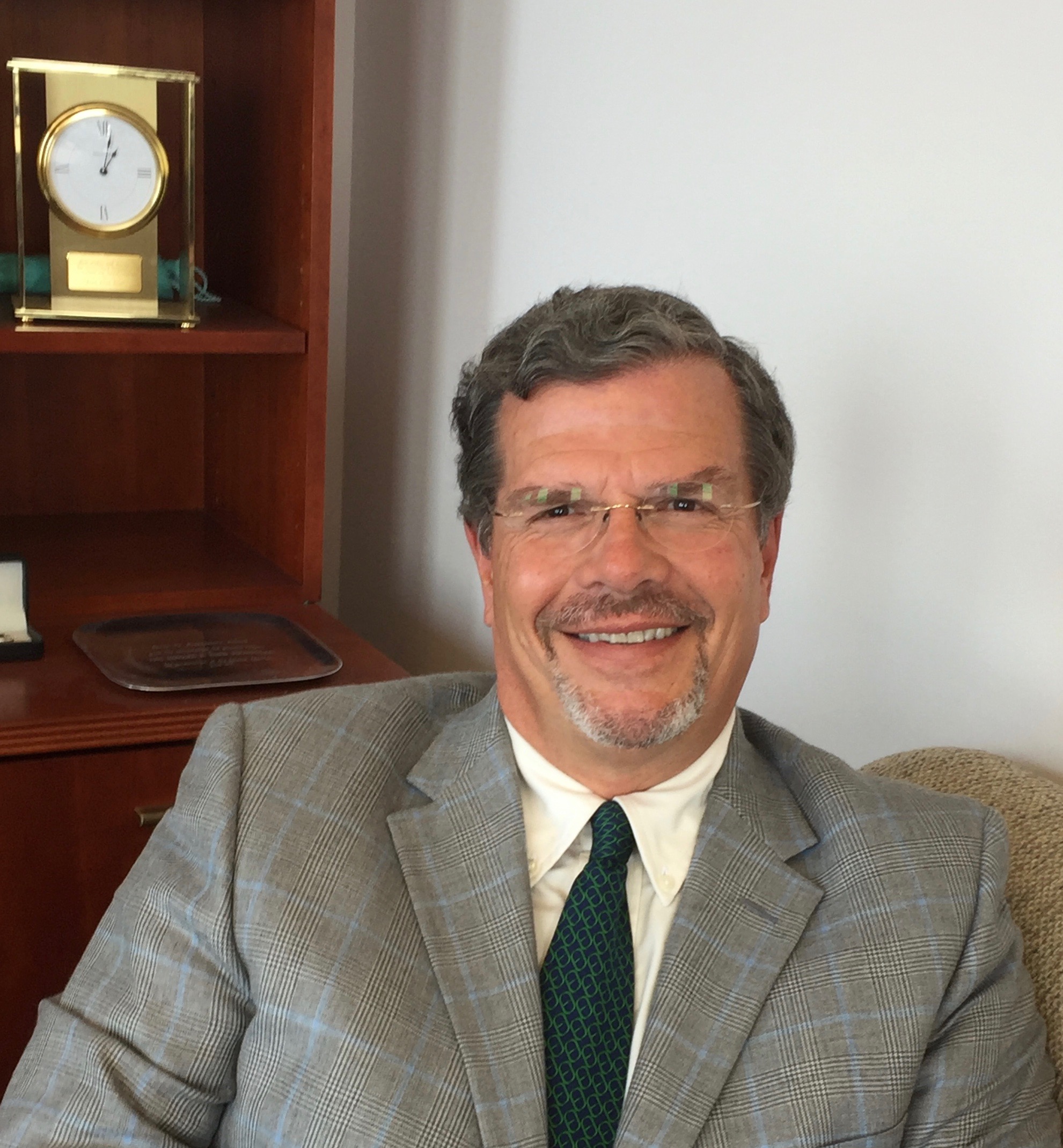 JG: One does not have to read Thomas Piketty's Capital in the 21st Century, though I do strongly recommend it, to understand the challenges of late-stage capitalism and the concentration of wealth.  Half of the world's wealth is now controlled by less than 1% of the population.  Put another way, the wealth of the top 1% equals the wealth of the other 99%.  Viewed slightly differently, fewer than 100 individuals own as much as the poorest half of the world's population.   This is not the place for a discussion of how this has come about or the challenges it represents, but I think

RK: What was Edward E. Ford hoping to accomplish by establishing his foundation?

JG: The current mission of the Foundation is to "strengthen and support independent secondary schools and to challenge and inspire them to leverage their unique talents, expertise and resources to advance teaching and learning throughout this country by supporting and disseminating best practice, by supporting efforts to develop and implement models of sustainability, and by encouraging collaboration with other institutions."  While in the early years, the language of the mission was slightly different, the Foundation has always held that the grants would to schools for projects of their own design with an eye toward catalyzing improvement, by assisting schools to try something that they might not pursue without our financial , especially if the initiative might be experimental

RK: Was there an event in Mr. Ford's life which encouraged him to want to help education in independent schools?

JG: From what I have come to understand, it was Mr. Ford's experience as a boarding student at Mercersburg Academy that was the inspiration for the Foundation.  E.E. Ford was a generous supporter of Mercersburg itself but, through conversations with the then Headmaster of Mercersburg, , Mr. Ford and Mr. Fowle developed the model for what has become the Edward E. Ford Foundation.

JG: Just the reverse.  Only schools with a 9-12 grade division are eligible.  A school can come to the Foundation with a proposal if it is 9-12, 6-12 or PK-12 but schools without an Upper School division , that is K-6 or K-8 only schools, are ineligible. Grants must focus on the 9-12 grade division.  (Schools can, and often do, use the matching funds to pursue their idea in the Middle School and Lower School if the proposal is something the school wants to implement in those divisions).  I can't ask Mr. Ford, who died in 1963, and the record isn't as clear as it might be but I'm confident this restriction came about because Mr. Ford went to Mercersburg for 9th through 12th grades and the guidance he received in setting up the Foundation was from someone whose experience and orientation was primarily secondary schools. He also realized the Foundation, while generously endowed, could not address all important questions, even in the limited world of independent schools.  Edward E. Ford believed deeply in the opportunities provided by independent schools, with their varied missions, different pedagogical approaches, contrasting cultures, and accountability,  to families choosing to enroll their children and were worth supporting on a large scale.

RK: What advice can you give a person of means with respect to setting up a foundation benefiting private education in the 21st century? Why would they want to do something like that?

JG: There are many, many reasons I could give, but it really depends on the passion of the philanthropist.  For example, I think independent schools are often misunderstood by the general American public, or at least imperfectly understood.  Almost everyone thinks of independent schools as bastions of enormous privilege, and they ARE, but they are also effective engines of social mobility.

Let me sketch out a thought experiment with you.  I would love to have a school, or a coalition of schools, come to the Foundation to ask us for support in gathering the data to determine if my hypothesis is correct.  Follow this multi-step outline of the issue.  Independent schools graduate about 1% of the seniors who subsequently enroll in 4-year colleges and universities.  (These numbers are approximate but my argument holds even if the numbers are slightly different.)  Now take the 50 or 100 most selective colleges and universities as reported by their own data.  Examine their entering class of matriculates.  Would you expect only 1% of those students to be from independent schools?  No.  What percentage is it?  I don't know but I'd like to know.  Let's call it 30%, an educated and reasonably informed guess.  So maybe 30 times as many independent school graduates enroll in the most selective colleges and universities than their percentage representation in the four-year college/university going population might suggest.

Now here is where I think it could get really interesting.  What percentage of the seniors graduating from independent schools receive financial aid?  Again, I don't know but I wish I did.  Let's say one-third, again, an educated but reasonably informed guess.  Then, assuming the percentage of those receiving financial aid in secondary school is at or lower than the number of those same students receiving need-based aid  for higher ed, you might then assume that 10% (one third of 30%) of the independent school graduates enrolled in the most selective colleges and universities are receiving need-based aid.  My guess is that it is much, much higher than 10%.  I would like to see this data.

This would be a compelling argument for philanthropists to support need-based aid in independent schools.  I could tell you the why and how of this phenomenon but not here (social capital as well as the academic preparation in a world where the most selective schools now admit 5% of their applicants!)  This is just one reason those interested in maximizing the benefit of their philanthropy might want to consider  independent schools.

Independent schools, by virtue of their self-designed missions, are incubators of practices that then spread out through the larger, sometimes less nimble, world of public education.  Where did the AP program start?  Where is it now ending?   E.E. Ford funds programs in or related to STEM, STEAM, STREAM, maker spaces, fabrication labs, tinker tables, learning commons (don't call them libraries!), project-based learning, entrepreneurialism, student agency and student-directed learning, programs in Global studies and Global competency, service learning, leadership training, virtual reality, online classes, pluralism, badging, credentialing, unbundling, competency measurement, non-cognitive skill development and measurement, etc. etc.  I think philanthropists who want to see more "R & D" in the non-profit world of education could do well to emulate what EE Ford has been doing for over half a century.

RK: We have seen how benefactors such as Stephen Girard, Bernice Pauahi Bishop, the Hersheys, the Phillips families and others, preferred to endow a specific educational establishment. Is there an advantage to that approach, as opposed to what Mr. Ford did?

JG: Those formidable figures and notable benefactors you mention made possible schools that have been responsible for an inestimable good in the world and their decisions and generosity continue to benefit their constituencies. I would not want to say one approach is better than the other but I think there are many who are moved to make significant grants to their alma mater or to the school with which their family may have had a deep, multi-generational connection.  Good for them.  Just as there are those who give to social service organizations, hospitals or museums, there are those who give to schools.  What I have always admired about philanthropy in education is the multiplier effect. Think of  the Henry Adams quotation about the eternal influence of teachers  played out over generations. Take that one more step and the philanthropy of EE Ford benefits not just one school but a whole association of independent schools. We are also committed to collaboration, a practice woefully lacking in our worlds but what could become one of our greatest strengths!

RK: Operating a private school these days requires the administrative and financial expertise of a seasoned Chief Operating Officer and the fund-raising skills of a college president.

RK: What advice can you offer the head of a small school, less than twenty years in operation, about setting goals and objectives to both achieve and guarantee future success and sustainability?

JG: You can only spend what revenue you generate.  Schools need to remain true to their mission.  The goal isn't perpetual survival for all. Should some schools go out of business? Merge?  Ours is a world where the cessation of operations is rare. Usually it is only when a school becomes insolvent.  Schools need to differentiate themselves.  They need to decide to offer something that is distinctly different from the school across town or in the next state. Fundraising is critical but so is the need not to try be all things to all people.  Independent schools cannot add, and add, and add some more without taking away program or some other element of what is being offered.

Additional Resources [+]
comments powered by Disqus
A Timeline of Private School Events and History
What was the first private school? What's the oldest school? What are some of the educational philosophies commonly found? Some answers here.
Suicide Prevention: Caring For Our Young People
At last we have a dedicated phone number for suicide and crisis support. The Suicide and Crisis Lifeline is 988. More about it and suicide prevention here.
School Safety
Seemingly never-ending school shootings prompted me to find out whether private schools were safer than public schools. Some answers and opinions on the matter here.
State Regulation of Private Schools
Marketing the Small Private School: The First Steps
Marketing the Small Private School: Communicating with Your Community
From the School's Perspective: Is Accreditation Necessary?
SEO for Private Schools - Part I: Basics
The E.E. Ford Foundation: An Inspiration For 21st Century Benefactors
Summer Checklist For The Marketing Team
Disaster Preparedness: How Prepared Is Your School?
Safe Schools
Running Your Private School
More Articles
Read more articles (10)
Collapse List
Free Schools
Top School Listings by Category
For Profit vs Not for Profit Schools
25 Things You Need to Know About Private Schools
5 Facts about Montessori, Waldorf &amp; Reggio Emilia Schools