Cincinnati Hills Christian Academy ranks among the top 20% of private schools in Ohio for:

5.00 out of 5  (5 reviews)
5  6/12/2017
We moved our son to CHCA in the 7th grade after realizing the local public school was not challenging enough for him. He was nervous at first, and he had a great deal of "catching up" to do to be on level with his CHCA peers, but he was welcomed and has enjoyed the experience! Highly recommend!!
- Posted by Parent - CHCA
5  6/16/2016
Our son transfered from Lakota East to CHCA his freshman year. We were not unhappy at Lakota schools but as a famIly we wanted a Christ centered high level education. He had gotten fantastic grades though middle school but we were concerned if he could keep up with his studies and grades in this private school. To be honest there was some adjustments his first time 2 years, although he never received any grade lower than a B. His final 2 years he was a straight A student. The teachers and staff at the school all seemed to care a tremendous amount about our sons education and his values. Our son just graduated from CHCA as part of the 2016 class and will be going to college this fall. Going to CHCA was one of the best choices we made for our son. It was because of CHCA's reputation and his hard work that he had many of the top colleges in America coming after him and offering him many academic scholarships. CHCA teachers and staff have done a fantastic job of preparing our son for a great college education and helping turn him into a wonderful young man. Thanks CHCA.
- Posted by Parent - ucjam
5  5/17/2016
My excellent experience with CHCA began this year with my son's enrollment into 4th grade. I chose to avoid a lot of the public school Common Core curriculum problems and give my son a more challenging education. The Christian based curriculum is unmatched. The kids welcomed my son so easily and he fell right into many new friendships. I made the best investment for my son's future, hands down.
- Posted by Parent - Cinci
5  5/13/2016
CHCA does a fantastic job of preparing kids for college and career. One of our kids was a 4-point AP student, who now has a 4.0 in the honors engineering program of a top university. Our other child was a 3.4 student in regular classes, but is now a Dean's scholar with a 3.8 GPA in college. Both have landed great co/op jobs. CHCA's combination of success in academics, sports, fine arts, and community service is unmatched. Our kids won state in academic competitions, won conference championships in multiple sports, received numerous athletic and academic scholarships, and performed at Music Hall, the Aronoff, Disney World, and several professional stadiums. CHCA develops the whole person academically, emotionally, physically, and spiritually. What a blessing!
- Posted by Parent - thiel
5  5/2/2015
We moved our sons to Cincinnati Hills Christian Academy three years ago, and noticed a stark difference in their zeal for learning. They were welcomed with strong open hands and hearts, through the ambassador program, giving each incoming student an already enrolled student to look out for them. This helped my child quickly become acquainted with the other children and not feel estranged at all. The academic rigor is unparalleled and I could not think of a better match for my children.
- Posted by Parent - janah

Endorse Cincinnati Hills Christian Academy. Endorsements should be a few sentences in length. Please include any comments on:

redfin.com™View Homes Near Cincinnati Hills Christian Academy
Which Schools Did Our Presidents Attend? Part 3 - Wilson to Trump
Depending on their family circumstances, our Presidents received a wide range of primary and secondary schooling.
School Security: It Could Never Happen Here Or Could It?
School shootings and other emergency situations won't happen in your school, right? Who knows! Better to put in place the steps necessary to protect the school community than to be caught unprepared.
Parents' FAQs About Private School
You have dozens of reasons why you think a private school is a good option for your child. But you also have some concerns. We address those here.
The average private school tuition in Cincinnati, OH is $8,557 for elementary schools and $15,907 for high schools (read more about average private school tuition across the country).
The average acceptance rate in Cincinnati, OH is 88% (read more about average acceptance rates across the country). 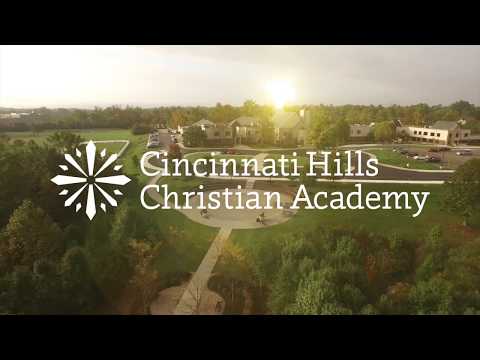