"The founder of Phillips Exeter Academy defined its mission more than two centuries ago. 'Above all,' John Phillips stated, 'it is expected that the attention of instructors to the disposition of the minds and morals of the youth under their charge will exceed every other care; well considering that though goodness without knowledge is weak and feeble, yet knowledge without goodness is dangerous, and that both united form the noblest character, and lay the surest foundation of usefulness to mankind.' ....Academy Mission Statement

The Ursuline Academy was founded in New Orleans in 1727 because the Sisters of the Order of Saint Ursula were "Convinced that the education of women was essential to the development of a civilized, spiritual and just society." These schools established so long ago are a lasting tribute to the vision of these early founders. Here then in their own words are the oldest schools.

"Collegiate School, a day school for boys, is the oldest independent school in the United States. Tracing its origins to 1628, the school was established by the Dutch West India Company and the Classis of Amsterdam, the parent ecclesiastical body of the Dutch Reformed Church for the colonists of New Amsterdam. Only once in more than three centuries were the school's doors closed. When the British occupied the city during the American Revolution, most of the Dutch, including the schoolmaster and the students, had to leave the city." 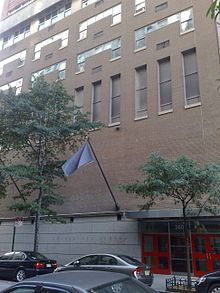 "We trace our roots to the founding of the first Friends school, here in Philadelphia in 1689. Almost 150 years later, in 1833, a committee of men and women from three of the four monthly meetings located in what is now central Philadelphia, charted a Select School for Girls and a Select School for Boys. These were the beginning of Friends Select School as a distinct entity. In 1885, we consolidated our two school locations into a new school building on the Benjamin Franklin Parkway. We’ve been in the same location ever since." 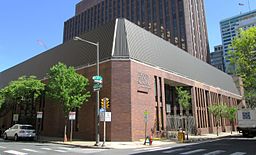 "William Penn knew that Pennsylvania needed leaders of high moral character, and his vision for a school was to not to make preachers of its students, but to help them visualize and create an ideal society. He wrote to Philadelphians in 1689 urging them to organize a school on the banks of the Delaware."

"Abington Friends School began life in March, 1697, when John Barnes, a wealthy tailor who belonged to the Abington Monthly Meeting, donated 120 acres of his estate “for and towards erecting a meetinghouse for Friends and toward the maintenance of a school under the direction of Friends.”

The School has been continuously operated on the same plot of land since its founding in that year, making it the oldest school in the Commonwealth of Pennsylvania with such a claim."

"Trinity School was founded in 1709 when William Huddleston, a New York lawyer and a city schoolmaster, successfully petitioned the London-based Society for the Propagation of the Gospel for school books and an annual salary of ten pounds.  In his petition, now in the archives of Lambeth Palace in London, Huddleston wrote that the 'want of a publick school in the City of New York where...poor children...might be taught gratis is the occasion of an abundance of irreligion.'  He proposed to provide free education for the poor in the new English Colony."

"Founded in 1727 by the Sisters of the Order of Saint Ursula, Ursuline Academy of New Orleans enjoys the distinction of being both the oldest, continuously-operating school for girls and the oldest Catholic school in the United States. Convinced that the education of women was essential to the development of a civilized, spiritual and just society, the Ursuline Sisters influenced culture and learning in New Orleans by providing an exceptional education for its women."

"Moravian Academy traces its origins to the Moravians who settled Bethlehem, Pennsylvania in 1741. The Academy descends from the first school for girls founded in the American colonies in 1742. We are the ninth oldest independent school in the United States. Moravian Academy was incorporated in 1971 with the merger of Moravian Seminary for Girls and Moravian Preparatory School.

The early Moravians who founded our school viewed education as a sacred responsibility. They were guided by the wisdom of John Amos Comenius, the Moravian bishop who lived in 17th century Europe. Comenius is known to educators everywhere as the Father of Modern Education."

"Finley opened his school in 1744. It was a crude log structure at the rear of his own home, located near the present site of the Rising Sun Middle School. The log building on the present campus was built as a replica of the original school building from descriptions in old records and students’ memoirs."

"On December 6, 1759, a group of citizens, concerned about the education of their children, met with Daniel Mackinett at the Green Tree Inn on Germantown Road. At this meeting, The Germantown Union School (now known as Germantown Academy) was founded."

"The Governor’s Academy is the oldest continuously operating boarding school in America. Founded by bequest of Governor William Dummer in 1763, the Academy opened its doors more than a decade before our nation was born."

"The Moravians, an early Protestant denomination, established the village of Salem in 1766. Among the town's early residents were sixteen girls and women who walked more than 500 miles from Bethlehem, Pennsylvania, to join the new community. Believing that women deserved an education comparable to that given to men—a radical view for that era—the Moravians began a school for girls in 1772, and Elisabeth Oesterlein was the first teacher."

"Newark Academy was founded in 1774 by the cleric Alexander MacWhartor, a friend and advisor to George Washington. In fact, the Academy’s sympathies to our fledgling nation brought the wrath of the British who marched across the frozen Hudson River and burned the original building to the ground! Not to be deterred, the school rebuilt, flourished, and continued to emphasize its motto: Ad Lumen (Toward Enlightenment). From its beginning, Newark Academy was a unique college preparatory school in that it opened its doors to students from every conceivable background, offered courses in trade and business skills, and even opened a division for young women for a time."

"Phillips Academy in Andover, Massachusetts, is the oldest incorporated boarding school in the United States. The Academy, widely known today as “Andover,” was founded at the height of the American Revolutionary War in 1778 by the Honorable Samuel Phillips, Jr. A converted carpenter’s shop served as Andover’s first classroom and contained a small group of boys of various ages, among them, a fifer in his father’s militia by the name of Levi Hutchens, who went on to invent the alarm clock; a future mayor of Boston and president of Harvard University, Josiah Quincy III; and John Lowell, Jr., who would one day found Harvard Law School."

"Among the many historical texts held in the Academy Archives, the most famous is the Deed of Gift — the document, dated May 17, 1781, by which John and Elizabeth Phillips gave the assets that formed Phillips Exeter Academy. While written more than 200 years ago, it is still very much the foundation of the school. Every year at the assembly that opens the academic year, the principal of the Academy speaks about some aspect of the Deed of Gift.

An early passage states that the Academy should teach its students "not only in the English and Latin grammar, writing, arithmetic, and those sciences wherein they are commonly taught, but more especially to learn them the great end and real business of living."

"It is the oldest private school in Baltimore, founded in 1784 by members of the Religious Society of Friends (the Quakers). Classes were first held in the Aisquith Street Meetinghouse in the East Baltimore community of Old Town."

"In the early 1780s, thirty-three Quaker families pooled funds to purchase a lot from Ephraim Haines with the intention of building a Friends school. In 1785, they built a one-room stone schoolhouse on this land located west of the present Moorestown Friends Meeting House, on what is now part of the site of Moorestown Friends School."

"Georgetown Prep is part of a rich heritage of Jesuit education – one that began in 1789 when Archbishop John Carroll, the first bishop of Baltimore, founded his Academy on the Patowmack."

"The history of Berwick Academy dates back to 1791, when the citizens of Berwick, York, Kittery, Rollinsford, Portsmouth and Wells raised 500 pounds to better educate the "deplorable youth in this part of the country."
Incorporated by the Massachusetts Legislature and with a charter signed by Governor John Hancock for the purpose of "promoting true piety and virtue and useful knowledge among the rising generation," Berwick Academy was established to teach languages, liberal arts, and sciences."

"Founded by a group of 50 residents of Groton and Pepperell, Massachusetts in 1792 as Groton Academy, and chartered in 1793 by Governor John Hancock, Lawrence is the tenth oldest boarding school in the United States, and the third in Massachusetts."

"Cheshire Academy has been at the forefront of education since its founding in 1794. Throughout its storied history, the Academy has undergone changes that have strengthened its core and allowed it to perservere."

"In 1794, the New York Yearly Meeting appointed a committee of twenty-five to establish a school; their first meeting was on January 13, 1795. On May 1 of that year the New York Yearly Meeting purchased a house and ten acres from Joseph Mabbet, a Quaker from Connecticut, for 1600 pounds, a down payment of 214 pounds was made from the donors: Tripp Mosher, Isaac Thorn, William Thorn, Joseph Talcott, Shadrach Richetson and Jonathan Deuel. With plans of opening a school for the children of nearby Quaker families, it opened on December 20, 1796, and was given the name, Nine Partners School in Mechanic which is now in South Millbrook, New York."

"Deerfield Academy was founded in 1797 when Massachusetts Governor Samuel Adams granted a charter to found a school in the town of Deerfield.[5] It began to educate students in 1799."

"Milton’s Bicentennial in 1998 marked the Academy’s charter, given in 1798 under the Massachusetts land-grant policy. It bequeathed to the school a responsibility to “open the way for all the people to a higher order of education than the common schools can supply” (Richard Hale, Milton Academy, 1948). Milton was established as a coeducational day school, and preparation for college was the primary goal of the school’s program."

"Westtown School first welcomed students in May 1799. Members of the Philadelphia Yearly Meeting of the Religious Society of Friends (Quakers) established the all-boarding school so that their children might have a "guarded education," one based on useful learning in a setting that promoted mindfulness of God's continuous presence. Our campus is still comprised of the original 600 acres purchased in 1794 when travel to the new school in Chester County was a full day’s ride from Philadelphia."